Now holding events across the pond to cater for our USA friends..

Take a look at our events in America..Reaching out to many haunted locations in many of the American States.

Ran by our many  teams across the USA.. Building an alliance of ghost hunting teams from America to the Uk.

OVER 18S ONLY ON THESE EVENTS 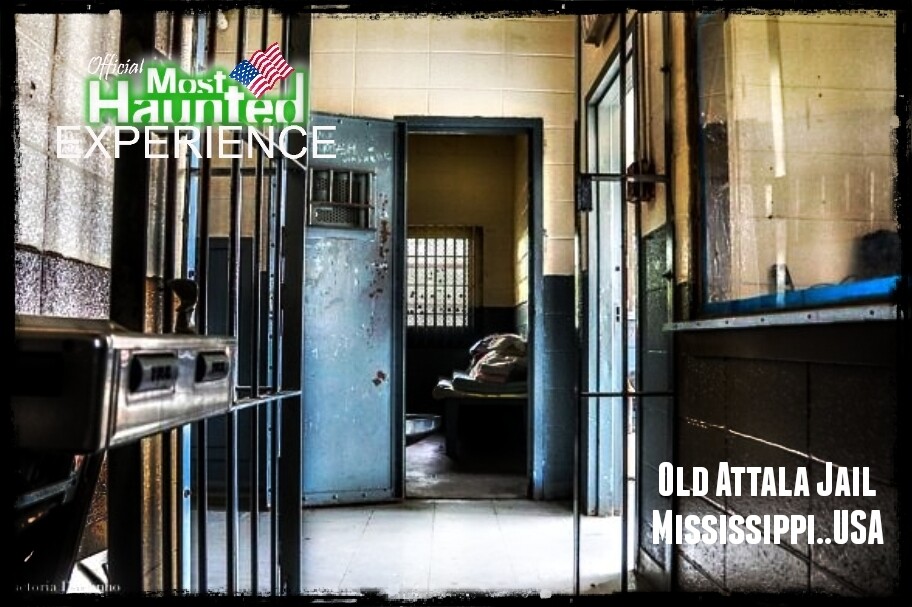 Balance due 4 weeks before the event date

40 places Max on this event

Two locations in one night..

Dare you investigate this historic jail and funeral home..Two large locations filled to the rafters of paranormal stories.

Test your nerves to the limit and sleep in this once Funeral Home where many bodies were kept until they were laid to rest..

Death surrounds you at both locations..

You are the ghost hunter for the night..With expert team assistance you will delve into the unknown and investigate this fantastic location..

Plus sleep in a haunted Funeral Home

Can you handle it ?

The Attala County Jail is located in Kosciusko, Mississippi. It was erected in 1957 and was nicknamed the halfway Jail. It is one of the oldest Jail facilities in the state on Mississippi.

One of the most harrowing stories is that a mobile electric chair was brought in to carry out executions. Many locals explained that at 11:45pm you would wear the generator fire up at a might higher speed and by 12:01am it would return to normal speed.

Nicknamed the halfway Jail as Federal Agents who were transporting prisoners would stop here for the night, before reaching their final destinations.

Attala Jail was known for its lunacy cell, which was frequently used the whole jail could accommodate up to 24 prisoners.

In October 2016, the key was turned, the jail doors were closed, the last paper was left on the desk and its never been re-opened until now, the residual energy still lingers like it closed yesterday.

The haunted encounters started shortly after 1957, when a former prisoner took their own life, with many others following the same path.

From this moment on and until the day it closed the paranormal stories have flowed out from the Jail and into the local community. The Jail once standing providentially in this small town, now only has the haunted reputation that it acquired from when it was built in 1957.

Is it the many prisoners who died here whos energy still lingers through the walls and halls?

Many sheriffs past and present can recall the ghostly happenings here, and many have said that they were never alone whilst working in the prison cells, one has even recalled seeing a male spirit walk past the desk and into the dayroom, the officer grabbed his service weapon, called for back up and went it. No-one was there after further investigation.

Is this a former correctional officer who still haunts this jail?

What or Who still lingers these dark cells? Are you brave enough to spend time alone in the lunacy cell?

The Haunted Southern Funeral Home was built in 1954, and has seen over 4,200 souls through its doors.

Even before it’s closure, many staff experienced paranormal activity throughout the funeral homes life.

The two parlors that remain here still have an energy that is electrifying, many reports of dark shadow figures leaving rooms, as well as an eerie energy. Many reports of the doors opening and closing is a frequent occurrence.

The Casket room still remains today one of the most active and harrowing areas.

The 2nd Floor Embalming room is one on the most frightening areas to investigate in, being watched and followed have been reported

Are you brave enough to undertake a lone vigil by one the empty caskets?

Save this product for later
Display prices in: USD